Secrets hidden inside an armory right between modern Saigon

Despite being modern, active and busy, there are historic places that are still imprinted on Saigonese. Through the flow of history, there are somewhere in Saigon that has been regarded as “red addresses” in Vietnam’s Revolution. Over 40 years of historic ups and downs, there is a house in District 3 that still exists as conclusive proof of a heroic Vietnamese generation. The house was a secret armory used The General Offensive and Uprising of Tet Mau Than 1968.

How was it built?

Located on the front of the two alleys between two streets in District 3, the house is quite small with 14.9m long and 2.5m wide, the total area is only about 37m2. However, the house has been known as a considerable part in the days that people struggle for independence against the US army.

The owner of the house is Mr. Tran Van Lai, also known as Mr. Nam Lai. In those years, Mr. Nam Lai worked for the US U-Som aid agency and contracted at the Reunification Palace. On the other hand, he secretly participated in the "Battle Guarantee" unit. 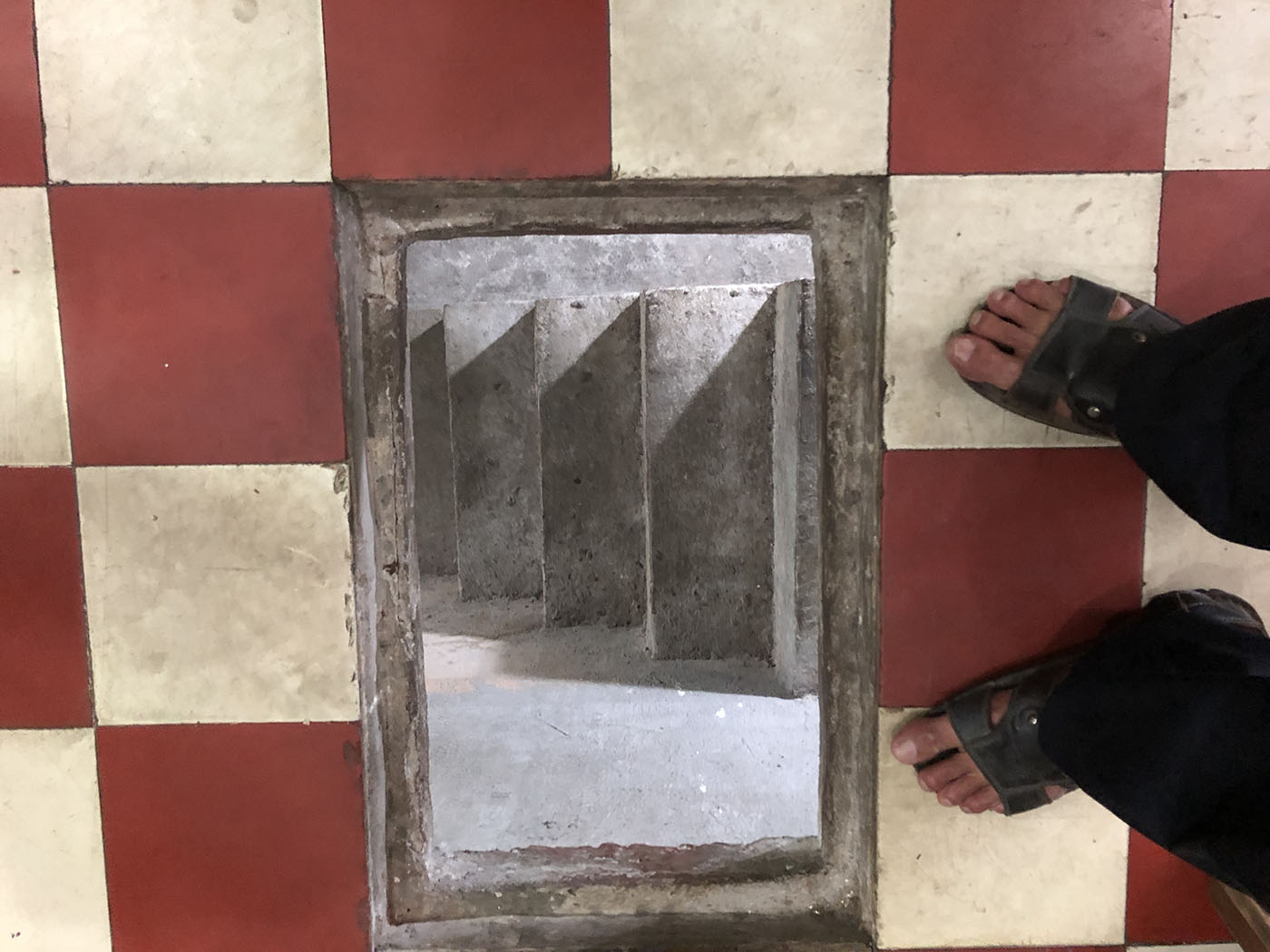 Tunnel in The Secrets House

From 1966 to 1968, he took the name Mai Hong Que to buy this house. Then, he made an excuse that the toilet pipe and drainage system needed to be repaired and he began to implement his tunneling plan. While digging, he carefully put sand into the barrels and let people bring them Binh Chanh so his secret plan cannot be detected.

After seven months of diligence and hard working, the tunnel was finally completed in the joy of Mr. Nam and many co-workers in the unit. The basement is now 2m long, 1.2m wide, 2.5m high with 4 escape doors, which are circular on the wall, connected to a drainage pipe with ventilation holes that fit into a person.

The walls and the floors of this basement were carefully cemented by Mr. Nam so that water can not absorb into them. The tunnel is located close to the stairs and is skillfully camouflaged by six-floor tiles. By a quick glance, no one but him can know what is hidden below.

The hatch cover is 0.4 m long and 0.6 m long. Just insert the key and lift the hatch off the ground to open and then get inside the basement.

How could they bring weapons to the house?

To avoid being noticed from the enemy, weapons were only transported from Cu Chi to Saigon when it was dark. While transported into the tunnel to overtake the enemy, the weapon was skillfully hidden in hollowed-out planks, curled rollers or fruit baskets. Pretending as a trading session, Mr. Nam and his teammates succeeded in bringing the weapons into the storage. 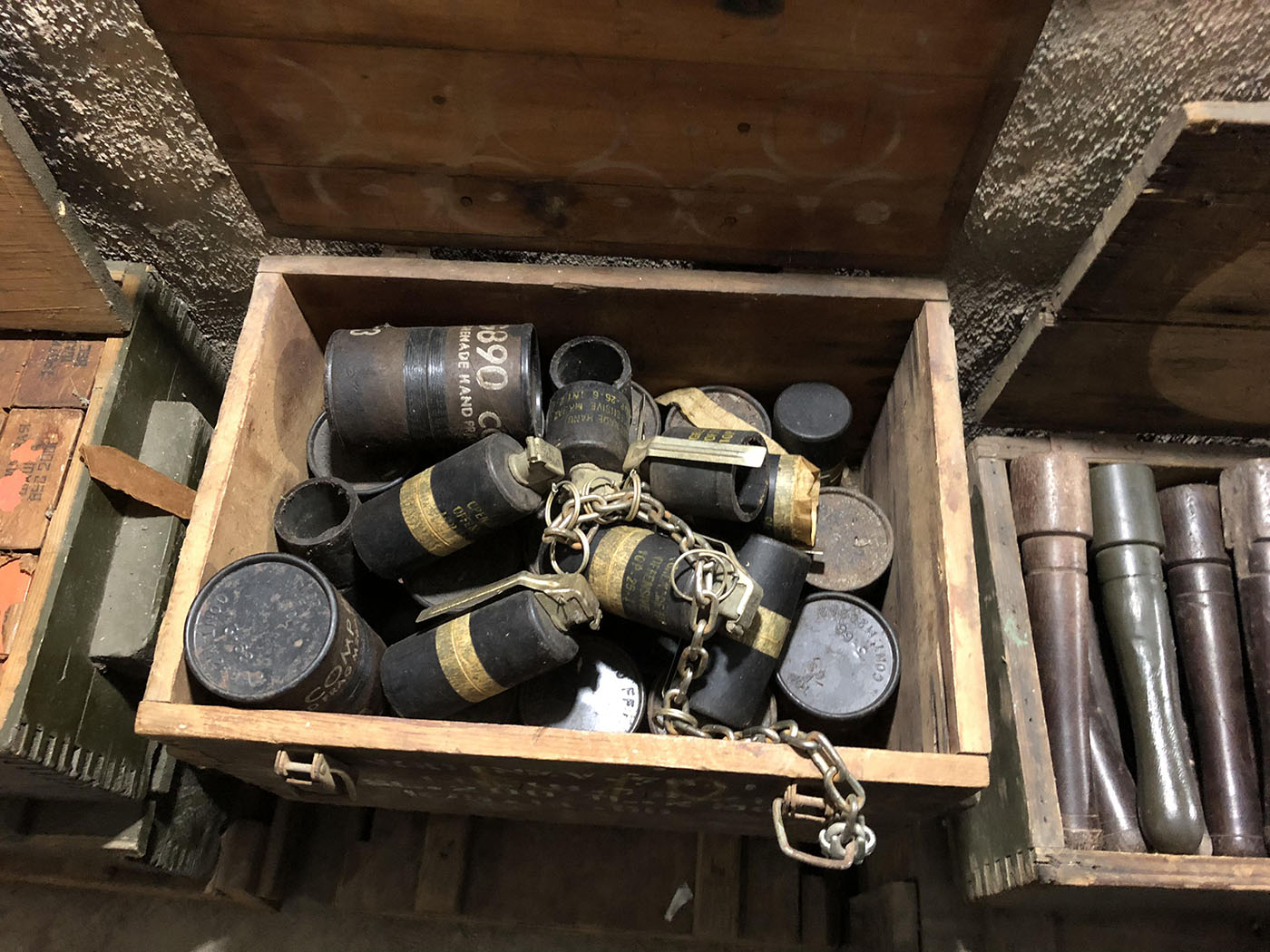 Weapons in The Secrets House

The little tunnel located in the middle of the enemy’s base now contains more than two tons of all kinds of weapons, including B40 bullets and guns, AK rifles, pistols, grenades, explosives, detonators and various types of guns…

After a long time of hoarding, the right time for struggling had come. On the first and the second morning of Tet 1968, 17 soldiers of the 5th team were present at the house to get the task and receive weapons, they were ready for the fight.

Using a motorcycle and 3 cars, the suicide team bravely went to the Independence Palace under the direction of Mr. Ba Thanh (real name is To Hoai Thanh)

The battle was extremely fierce, the soldiers had fought until the last moment. After the 5th team was arrested, Mr. Nam Lai was exiled to Con Dao, the house fell into the control of the enemy. Taking control of the house but they did not know the existence of secret tunnels throughout this time.

The house after wartime Vietnam

After the independence of Vietnam, the house was returned to the owner (Mr. Nam Lai, who died in 2002). When visitors come to the house, without the instructor, no one can detect the location of the hatch.

On November 16, 1988, the relic "The armory used for attacking the Independence Palace in Tet 1968" was recognized as National Historical-Cultural Monument. This site is now open for visitors who want to gain more knowledge of Vietnamese history. In Saigon, there are several City historical tours that bring visitors to many places like this unique house. Saigon On Motorbike is one of the best choices for tourists coming to Saigon. Not only the house mentioned above, but our company’s tour guides will also go with you through Saigon for historical sites in the city. Join us for the best experiences!