To save the heroic evidence of the Vietnamese people in the struggle against the invading forces and to denounce crimes and devastating consequences of the war of aggression, on April 4 9/1975, US Crime - Wei Exhibition Hall was opened to the public. Later, the US Crime Exhibitor - Wei has renamed the Invasion War Crime Gallery (November 10, 1990) before becoming the War Remnants Museum (July 4, 1995). 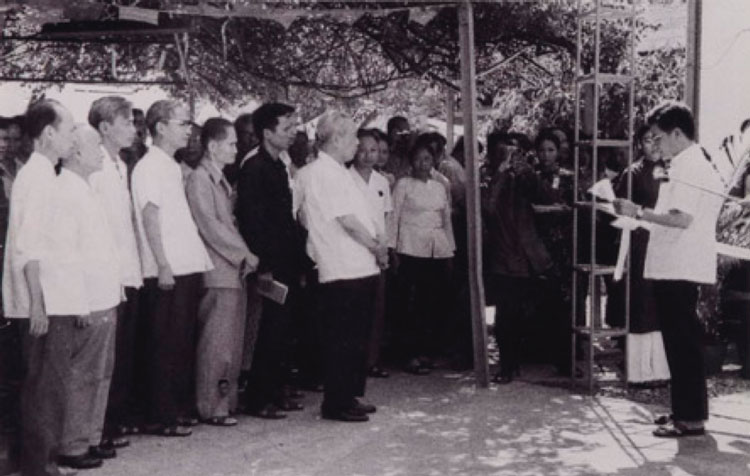 Opening ceremony of the US Crime Gallery - Wei on September 4, 1975 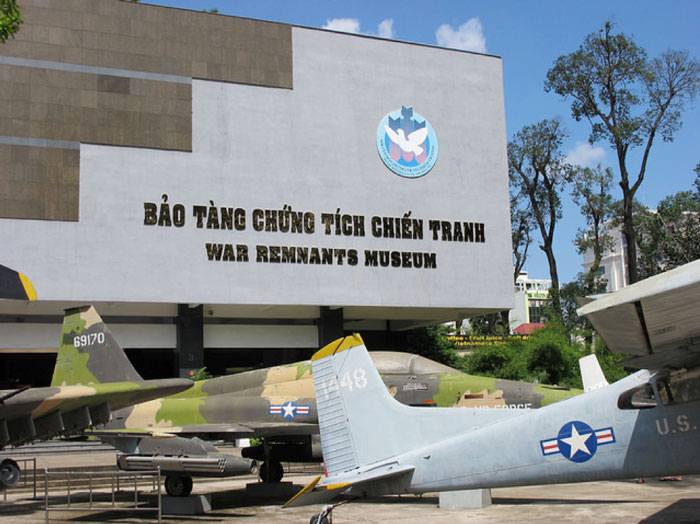 Currently, the War Remnants Museum is a unit under the control of Ho Chi Minh City Department of Culture and Sports. The War Remnants Museum is a thematic Museum that studies, collects, stores, preserves and displays documents, images and artifacts on the evils and consequences of wars that the force of aggression has caused for Vietnam. Thanks to The War Remnants Museum, the young generation can gain the spirit of precursors fighting to protect the independence and freedom of Vietnam, the sense of fighting against the aggression war, protecting peace and solidarity friendship among peoples in the world. 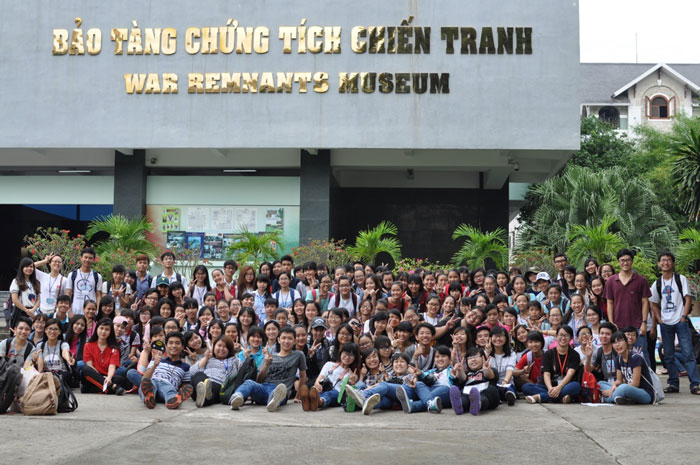 Structure of the museum

War Remnants Museum consists of 2 parts: outdoor and indoor display areas. Right from the entrance is a display area of weapons and military facilities of the US. There are jets, reconnaissance aircraft, helicopters, tanks, artillery, bombs in the display area. The indoor display area, there are more than 15,000 artifacts, pictures and thousands of meters of documentary films about two periods of resistance against the French, the Americans; the Southwest border war, the war to protect the northern border. There are full of images and documents in the war, such as the massacre of civilians, spraying toxic chemicals in the South, throwing bombs and destroying the North, objects like the model of "tiger cages" prison, guillotine, torture tools ... that makes a strong impression on the viewers. 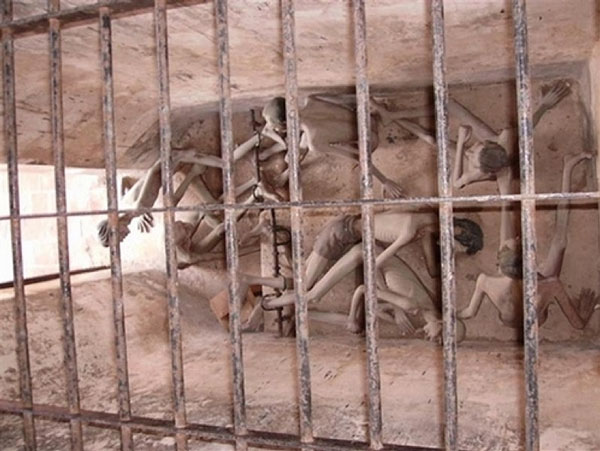 At the Museum, there is a special gallery called "Nostalgia". This is also a gallery that attracts a lot of visitors, especially international visitors. This “Nostalgia” room is designed by two authors, a British and a German, with the aim of remembering their friends. When the Americans carried out the war in Vietnam, they used very modern military vehicles such as military aircraft, whereas the Vietnamese army coming from the North for supporting the Southern battlefield had to walk and use rudimentary weapons.

The museum consists of 3 floors, each floor has its own themes and objects. 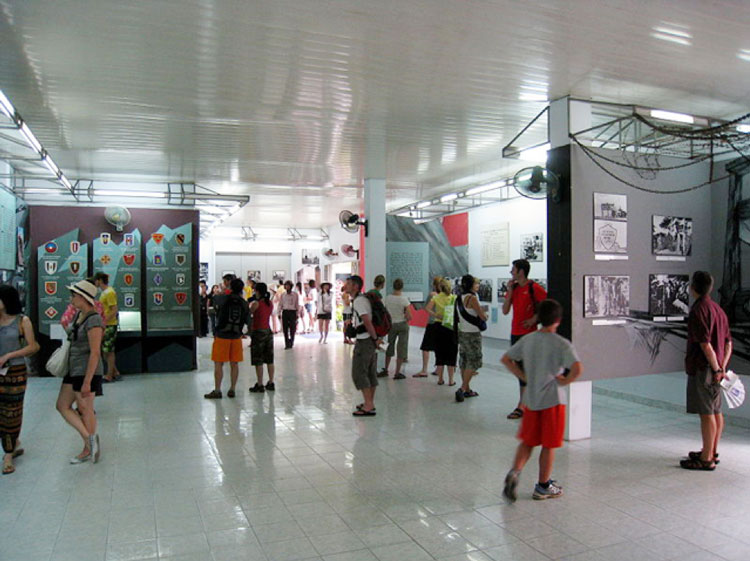 The first floor of the museum is the ticket office, multipurpose room, the world room supporting Vietnam resistance. One of the prominent stops on the first floor is the "Tiger Cages" - a kind of detention of Con Dao prison. The “Tiger Cages” is considered to be the most terrible torture place for American troops against patriotic prisoners. The patriotic communists are restrained in cells only about 5m2 wide, without beds or large windows. All they had to endure was the darkness, the humid air, the stifling atmosphere that made them feel crazy. "Tiger Cages" is also the place where the barbaric torture scenes take place with the aim of destroying the will and power of patriotic people. 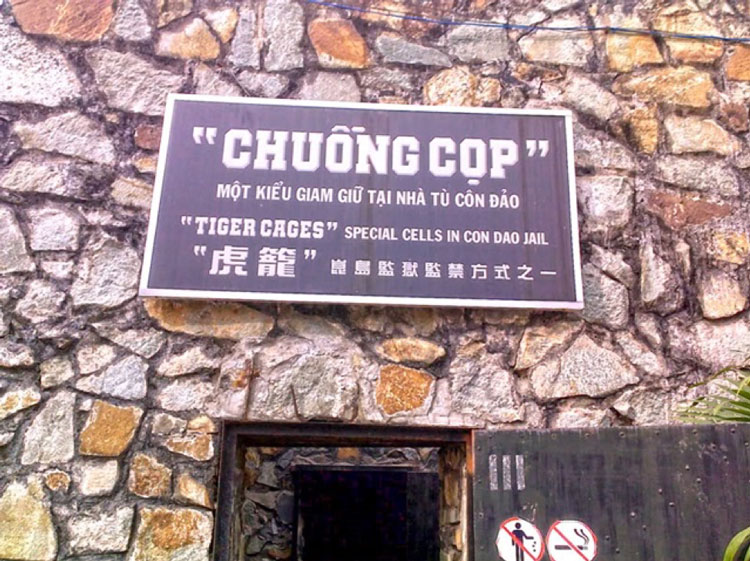 The first floor is also a place to display large artifacts such as planes, tanks or artillery of great American soldiers during the war days. Young people who come here are also excited to see first-hand the war things that only appear in stories told by grandparents. 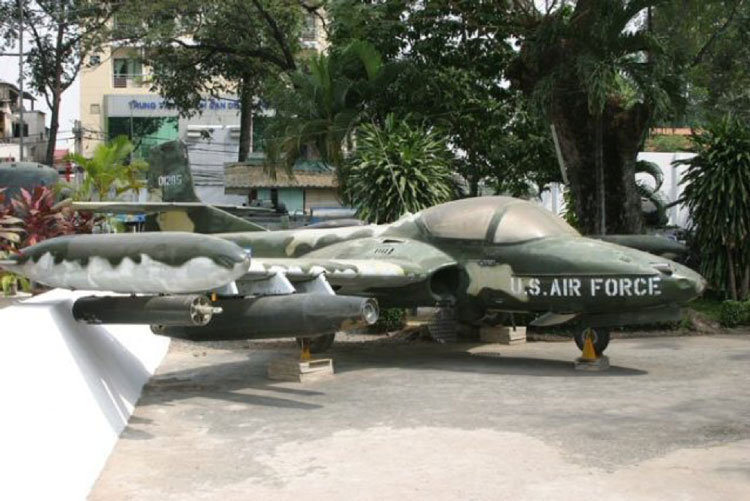 Remains of artifacts from the war

The two ground floors of the museum are the world of images, the historical landmark that reappears over a long period of history. With many interesting topics like The World versus War in Vietnam or The Story of Agent Orange Victims have made many people angry or painful. There are many Americans coming here, tearful and regretful after witnessing the cruel things that the people of their country have done to Vietnam. 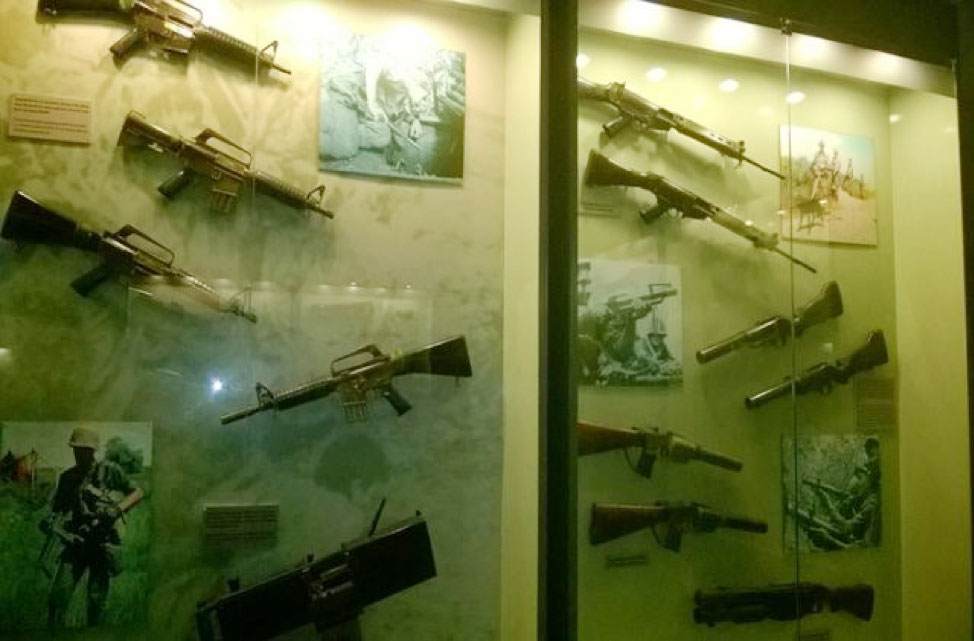 Artifacts left from the war 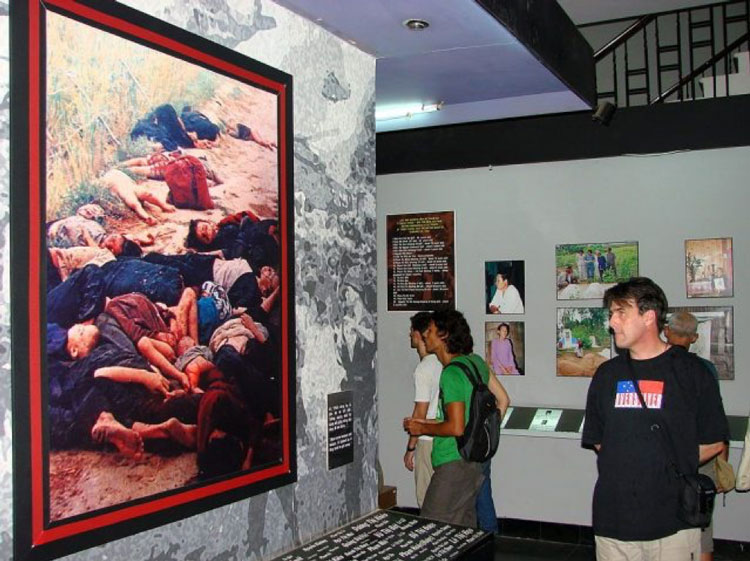 Foreigners and the picture of war

Currently, the museum has stored more than 20,000 documents and artifacts. Every year, millions of visitors come here to visit, finding a historical period of the nation.

How to get there?

In Ho Chi Minh City, there are quite a mixed variety of public transports to get to the War Remnants Museum. You can take a bus or a cab and ask the citizen for instruction. But if this is the first time you arrive in Saigon, it is recommended that you should get there with a tour guide. Saigon On Motorbike is a company supplying many tours that can take you to this museum. In addition, you may have more chances to visit many features of this city. Therefore, don’t hesitate to contact Saigon On Motorbike for your own experiences!